Sculpture > Behind the screen 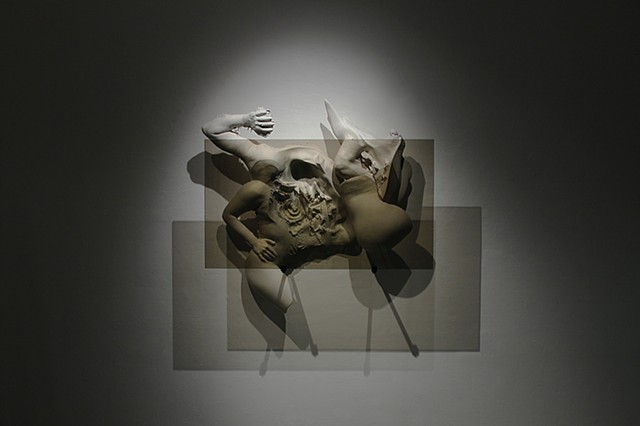 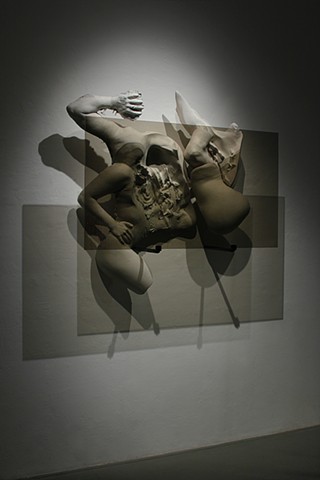 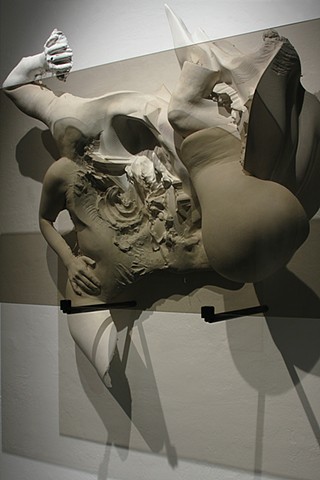 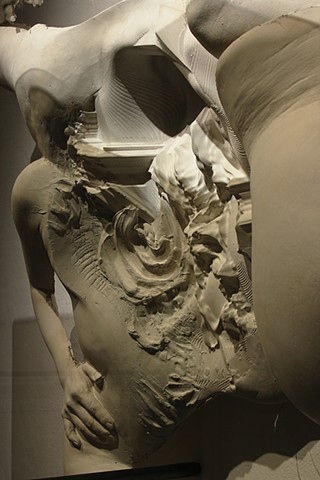 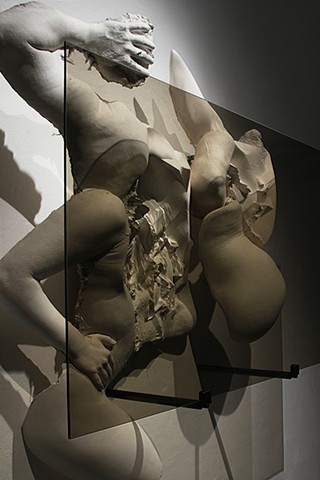 This work examines the complicated relationship that humans have with screens. As early as the sixteenth-century western cultures started using perspective machines (essentially a rectangle with a grid used to replicate perspective and the real world). This rectangular format has stayed with us until now and is used in our phones, TVs, and computers. The enormous and far-reaching success of this format has forever changed the way we all interpret and live in the world. Our bodies are physically constricted by the boundaries of the medium because we are forced to hold our phones in certain ways when using them, when we work at a computer or watch tv we are also forced to hold these positions, living rooms are designed specifically to lock viewers into place.

Not only do the physical constraints of the medium have a great influence on us, but more importantly the content, algorithms, and the servers of giant corporations that feed and store our data present a much more frightening future outlook. Algorithms already know us better than we know ourselves, we provide servers and social media platforms with instantaneous and constant feedback. This combined with facial recognition, drones, and tracking software creates a potential for an ethical slippery slope in the future. The progress of technology is growing so fast that society is having a hard time keeping up with the ethical and law-making questions that inherently come with the use of such powerful technologies.

The rectangle is a current symbol of a prison that we have made for ourselves, and in the near future we will be leaving the world of the rectangle medium, and falling into the world of virtual and augmented reality, where our entire body will be imprisoned.

“I have discussed: painting, film, television, radar and computer display. In each of these, the reality is cut by the rectangle of a screen: ‘a pure cut-out segment with clearly defined edges, irreversible and incorruptible; everything that surrounds it is banished into nothingness, remains unnamed, while everything that it admits within its field is promoted into essence, into light, into view’ Roland Barthes, Diderot, Brecht, Eisenstein. This act of cutting reality into a sign and nothingness simultaneously doubles the viewing subject who now exists in two spaces: the familiar physical space of his/her real body and the virtual space of an image within the screen. This split comes to the surface with VR, but it already exists with painting and other dioptric arts.” Lev Manovich, The Language of New Media.

It is mandatory to acknowledge the importance of ethical thinking because scientists, tech developers, and inventors often fail to consider the ethical implications of a new product. Inventions are driven by progress, updates, and speed, not by deep ethical thinking. This piece aims to visually reflect upon aspects of the human body in relation to the technologies we use daily. In many ways, all humans still have quite primordial behavior and instincts yet we carry supercomputers in our pockets. This bizarre dichotomy of animal, computer, and the slippery slope of progress is what I aim to visually represent.